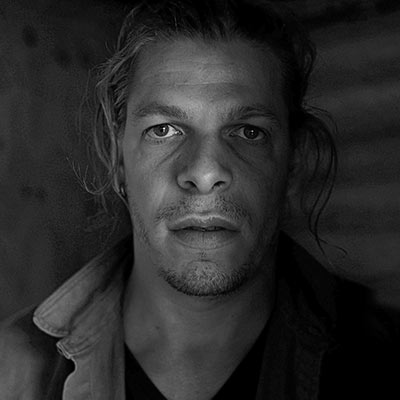 Alex Majoli (Ravenna, Italy, 1971) is an Italian photographer. He attended the Art Institute in Ravenna.

Alex majoli’s work focuses on the human condition and the theater within our daily lives.

Majoli’s career started to develop after he photographed the closing of the notorious insane asylum on the island of Leros in Greece, which resulted in his first monograph titled “Leros”. This was mainly because of his interest in the theories of Franco Basaglia, a pioneer of the modern concept of mental health, famous for having abolished the psychiatric hospitals in Italy.

Majoli’s early interest in psychiatric care led him to go to Brazil which marked the beginning of his 20 year long, ongoing project called “Tudo Bom”, a compelling body of work about the multi layered, complex country and specifically the extremes found in the darker side of its society.

Throughout the years Majoli has worked as a photojournalist. His many years of experience photographing people in all kinds of circumstances have made Majoli explore the idea of being actors in our own lives. He understands his role as a photographer can make people perform in their own natural setting and therefore he tries to exaggerate this by using artificial light to dramatize an otherwise daily routine. His pictures become scenes from films where people, through their performance, express their own selves in what then becomes a film set or a theater stage. When one looks at these photographs can only wonder if this is fact or fiction. The thin line between reality and theater, documentary and art and human behavior and acting is the kind of friction that keeps fascinating him and keeps making him return to the streets and places where the human condition is called into question. Even in the most tragic of miseries he finds the theater, the pride, and above all the magnificence of the human spirit.

Majoli lives in New York. He is a Magnum photo’s photographer since 1996 and he is represented by Howard Greenberg Gallery NY. 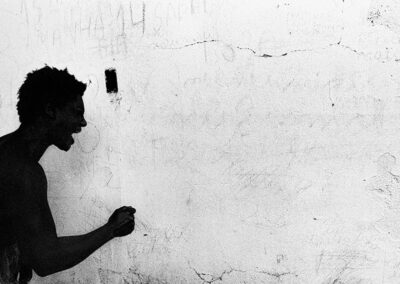 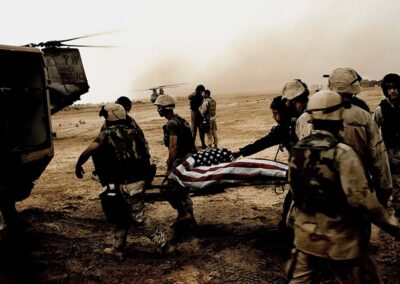 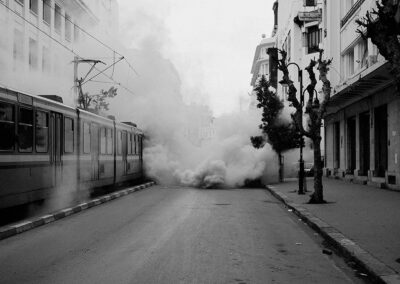 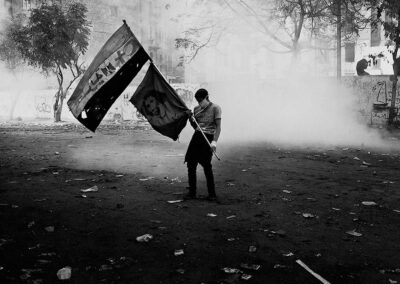 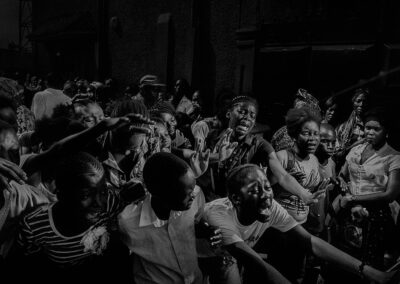 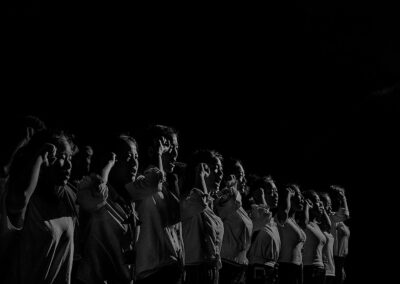